Photo by Pixabay on Pexels.com

I couldn’t sleep for several nights before setting out on this circuit, fretting about how to handle a cougar attack or a flat tire on back country roads. [Cougar image credit]  So I opted to start my volunteering week at a  Friday film festival in civilized downtown Bend, where I could call Triple-A, and the only likely cougar sightings might be divorcees flirting with snowboarders. Where to park (and sleep in) JT in town near the theater? 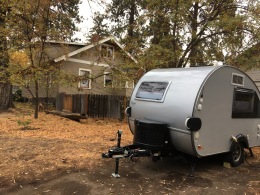 True to the laid-back Bend vibe, a friend from my OMN field course invited me to park in her driveway for the 2 nights in Bend. I plugged into her garage outlet, and had my own 2-star movable guest room.

About ten of us volunteered at the Wild and Scenic Film Festival sponsored by Oregon Natural Desert Association (ONDA). We took membership applications and donations, and peddled raffle tickets. Caelin, our ONDA staffer, also treated us to excellent pizza and a drink on the house.

ONDA’s mission is “to protect, defend and restore Oregon’s high desert.” ONDA envisions “millions of acres of beautiful and ecologically vital public lands permanently protected, home to diverse populations of wildlife, and available for future generations to enjoy….[providing] the public with outstanding opportunities to experience backcountry solitude.” How awesome is that?

The evening event presented 10 short films about a wide array of wild and scenic adventurers, including: a river explorer, two self-described badass Nepalese women climbing in the Himalayas, two cartographers mapping unexplored Patagonia (Arg.) Park, a raptor migration corridor, and a compelling wacky 4-minute (unofficial) History of the National Parks.  [Go on, click the link— I guarantee you will want to watch it more than once.] The theater filled its 350 seats for two showings. The thing that struck me most about this crowd of folks was their warmth. I’m accustomed membership tables where people scurry by, avoiding eye contact, afraid of being hit up for money. But these folks came up and chatted, opened their wallets, and asked about ONDA’s work. One woman opted to pay the full membership amount rather than the event-discounted rate. That’s who ONDA draws. Lovers of the outdoors, adventurers, conservationists, environmental activists—all generous with their time, money, and desire to share stewardship  responsibility of wondrous spaceship earth.

Hours worked at the film fest: 7

An enjoyable, cougar-free night!   ONDA and its staff get two thumbs up for this event!

The Deschutes Land Trust (DLT), also headquartered in Bend, sponsors regular Weed Warrior trips to conservation areas near Bend. Have you ever tried to keep 100 square feet of garden free of weeds in late summer? I usually give up around mid-July. But the undaunted DLT Weed Warriors make it their mission three Saturdays per month to pull invasive and noxious weeds from targeted sections of the land trust’s 9000+ acres of conservation lands. Yikes—that’s like 14 square miles.

The DLT’s mission is “to work cooperatively with landowners to conserve land for wildlife, scenic views and local communities.” The Trust conserves and stewards land and riversides that meet these selection criteria.

Five of us carpooled about 30 minutes north of Bend to weed the Camp Polk Meadow section of meadow alongside the Wychus Creek, a river of special concern to the DLT. 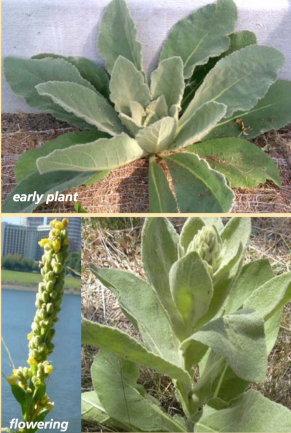 While there are a number of noxious weeds there, we focused only on the seed stalks of the common mullein weed, Verbascum thapsus. You’ve seen this weed everywhere—it has a dozen or more common names, my favorites being old man’s flannel, velvet plant (both due to its fuzzy leaves) and Quaker rouge, allegedly because Quaker women used it to provoke a pink irritation-rash on their cheeks in lieu of using makeup. Mullein has a 2-year growth cycle, like parsley. The first year it makes a fuzzy rosette of leaves, and the second year it goes into reproduction gear. As instructed, I clipped off the torch-like seed stalks, carefully bagged them, and pulled first-year stalkless plants from the ground. 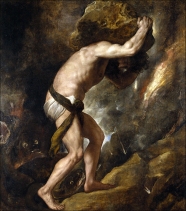 Sisyphus would have been  proud of us for persisting. Every stalk we bagged apparently prevented some 100-240,000 seeds from self-sowing. Still, it was disheartening to imagine next year’s crop. Any stalk that got past us could spread 100,000 or more seeds, which are said to be viable for 35 or more years. Rats. I think my rock just rolled down the hill again. And yet, the Weed Warrior teams persist!

A little googling about mullein taught me that this weed has some folksy uses, like cowboy toilet paper, shoe insulation, and friction fire starting—all useful in an armageddon scenario. Imagine how handy it would be having natural rouge growing all about us if Mary Kay doesn’t make it through nuclear winter. But fuzzy skin-irritating toilet paper? I’ll pass—I expect FEMA will toss us all a roll or two of paper towels.

Noxious weeds are generally described as invasive non-native plants, which establish and reproduce quickly when introduced, threatening or causing harm to environment (wildlife habitat), economy (crops, livestock), or human health. The Pacific Northwest Weed Guide doesn’t list mullein as “noxious,” but the DLT has good reason to remove it from this floodplain. The DLT began restoring this meadow in 2009, in order to “restore and enhance high quality riparian wetland habitat along the stream corridor.” They began by revegetating the creek corridor to stabilize the river banks and to mimic the native plant species and composition that may have historically occurred in Camp Polk Meadow. The richer and more diverse the plant community, the better chance of outcompeting invasive weeds. Diversity also enhances native wildlife habitat, and may contribute to lower stream temperature, which is critical to the survival of trout and salmon. The plantings list is quite similar to the ONDA riparian restoration plants (you can read about them in part 5), and includes trees, shrubs, and herbaceous wetland and riparian species including sedges, rushes, grasses, and forbs.

Mullein has “naturalized,” i.e. grows wild now, in the lower 48, Canada, Europe, Australia…from sea level to 8000 ft elevation. It colonizes disturbed areas quickly: roadsides, abandoned industrial sites, waste areas, river banks and corridors, forest cuts, scrublands, juniper and scrub oak savannas. Most importantly, because it is so prolific (remember the 200K-seed stalks?) it pushes out native grasses and shrubs, and creates the reason for our search and destroy mission in this painstakingly nativized meadow.

As Camus concluded in his essay, The Myth of Sisyphus, “The struggle itself toward the heights is enough to fill a [person’s] heart. One must imagine Sisyphus happy.” The long-time Weed Warriors are every bit as persistent as Sisyphus, and by Zeus, they do look happy!

Another two thumbs up experience.

In September 2017 I closed one life chapter and began a new one. I retired from a 45-year career in public school teaching and administration, sold my house of 35 years in the Boston area, packed up my new tiny camper (James Trailer), and struck out to make a home in Oregon. With new surroundings and more time to devote to things I just feel like doing, I have been making mosaics and volunteering in outdoor settings (Oregon master Naturalist program, Oregon Master Gardeners program–neither of which is meant to imply that I have mastered anything in these areas.) I’m immersing myself in these programs as a way to begin to get my “sense of place” in this oh so very different region I now call home. One project I’ve begun is a mosaic series (disclaimer: right now it’s a series of ONE) on some animals of concern in the region, which are on the “Oregon Conservation Strategy Species” list. This is my first piece–not quite done, but nearly so.

This small owl (10″ long adult weighs only 6oz.) nests in burrows dug by prairie dogs and other burrowing mammals. It winters in the southwest US and Mexico, and migrates north to breed in open range and grasslands in central and western US. It nests in groups, with each nesting pair tending its clutch of 7-10 owlets, leaving only to catch insects and small rodents to feed them, and guarding the door of the burrow avidly. See this adorable video from Oregon Wild of a family unit in action. Its numbers are dropping, probably due to loss of habitat to farms, development, exurban encroachment. A May 2018 article in the NYT told the story of the feral cats being nurtured by Google employees, and their detrimental effect on nearby Burrowing Owl habitat in a wildlife reserve.

As this is my first piece in the series, it is a prototype of sorts, and I can’t guarantee it is fully accurate in size, form, and markings–but I tried to be true to the photos I was working from.   Next up in the series: some cavity nesting birds from Oregon high desert/ East Cascades region. (Or at least that is my plan.)